The creative director and partner of the TABASCO agency Oleksandr Smirnov tells how, together with his colleagues, he came up with and changed the identity of the Kyivska Sotka cycling marathon.

We developed the identity and the first communication campaign in 2014. We decided to consolidate the connection between Velosotka and Kyiv in a powerful visual image, which was realized by the photo production Positive: for about three weeks we modeled and assembled chain links, making a chestnut out of them – the symbol of Kyiv.

For the corporate identity of the event, we chose «naive». We decided that it would talk about its friendly atmosphere. The winged bike and the “childish” style were supposed to indicate openness.

As a result, more than 500 participants participated in the first Velosotka, a completely new project.

2015 year. We decided that we would continue to “stick up” to the topic of Kyiv. We realized that we hadn’t “tightened up the topic” and decided to work with the same visual image in order to connect Velosotka with Kyiv and make it the main cycling marathon.

The number of participants increased by 100 people. 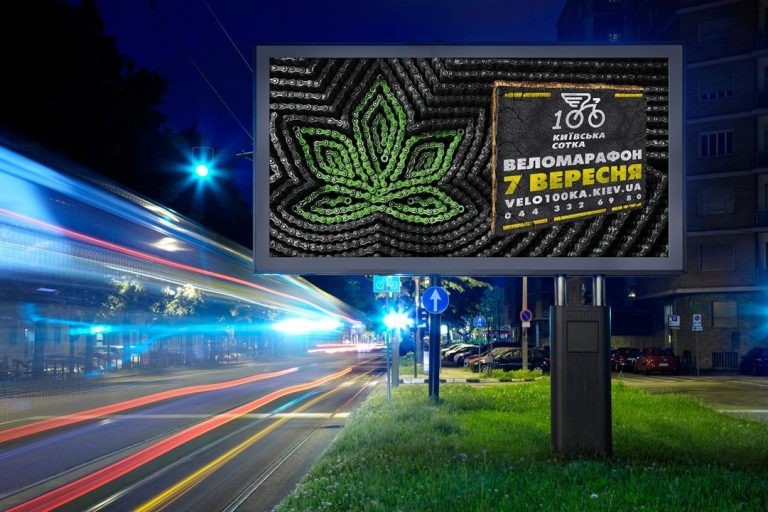 2016 year. We continued to develop cycling hardcore. This time with a terminator cyclist. His helmet was assembled from chains and gears. The aggressive profile and power have created the image of a cyclist who is eager to win. Implementation is carried out by the Wizard Post studio. 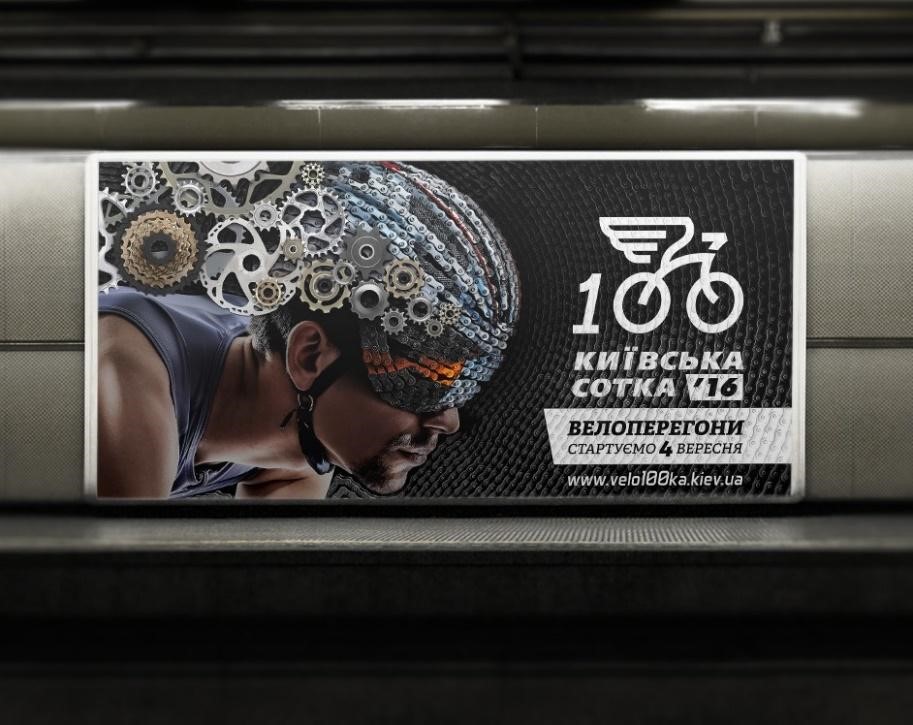 2017 year. Realizing that we had reached the limits of knowledge of Velosotka and that it was necessary to work with an elusive audience, we came up with an innovative solution at that time – to use a chatbot based on artificial intelligence, which was able to find and invite every bike fan to the event personally.

The system worked like this. First, a semantic search is launched on social networks in Kyiv and the region to find all the people who wrote about bicycles and cycling. The large sample includes both professional athletes and amateurs of «riding» on Trukhanov island – absolutely all people thematically related to bicycles.

Then a bot comes to each of them from the profile «Valeriy Velo», which wrote one of 30 random messages in the format «Hello!» Are you going to come with us on September 3rd? »

Every third addressee reacted. The bot knew how to enter into dialogues, and if it could not answer, it turned it to the manager.

Not without blunders. So, our artificial intelligence invited people to the «Velosotka» who made the republishing of an anecdote about a lawyer who «rides a burning bicycle, and everything around him is on fire.» Indeed, for the robot, these were people who were «interested» in the cycling topic.

The digital mechanics were supported by a visual campaign that motivated the participants to gather for the marathon.

2018 year. We decided to appeal to people who doubt that they can. A creative idea is to transfer 100 km to the Eiffel Towers and Everests. As a result, 2 thousand people decided to ride 100 kilometers across Kyiv and the region. 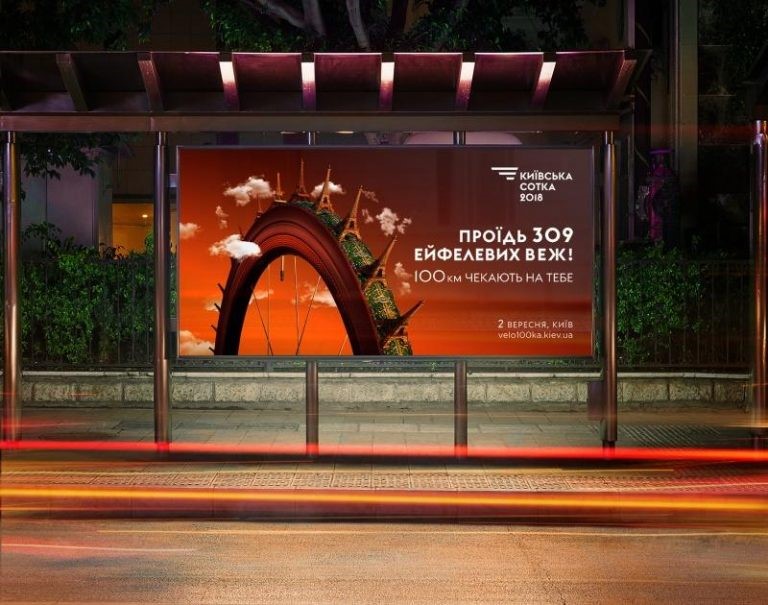 2019 year. Sixth race. Now this is an event that is expected. Hence the idea of a hurricane of emotions has appeared. 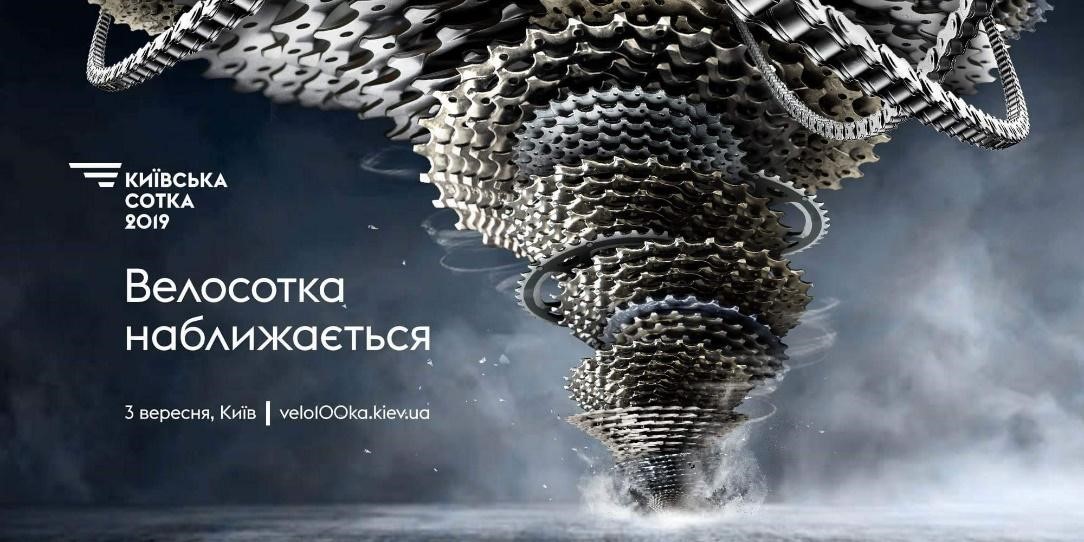 Registration for Velosotka-2019 was opened in early August. And in the first week alone, 2,500 people have already registered for the event.

In 2020, communication is embodied through the image of food. The key visual is a burger made up of various bike parts. 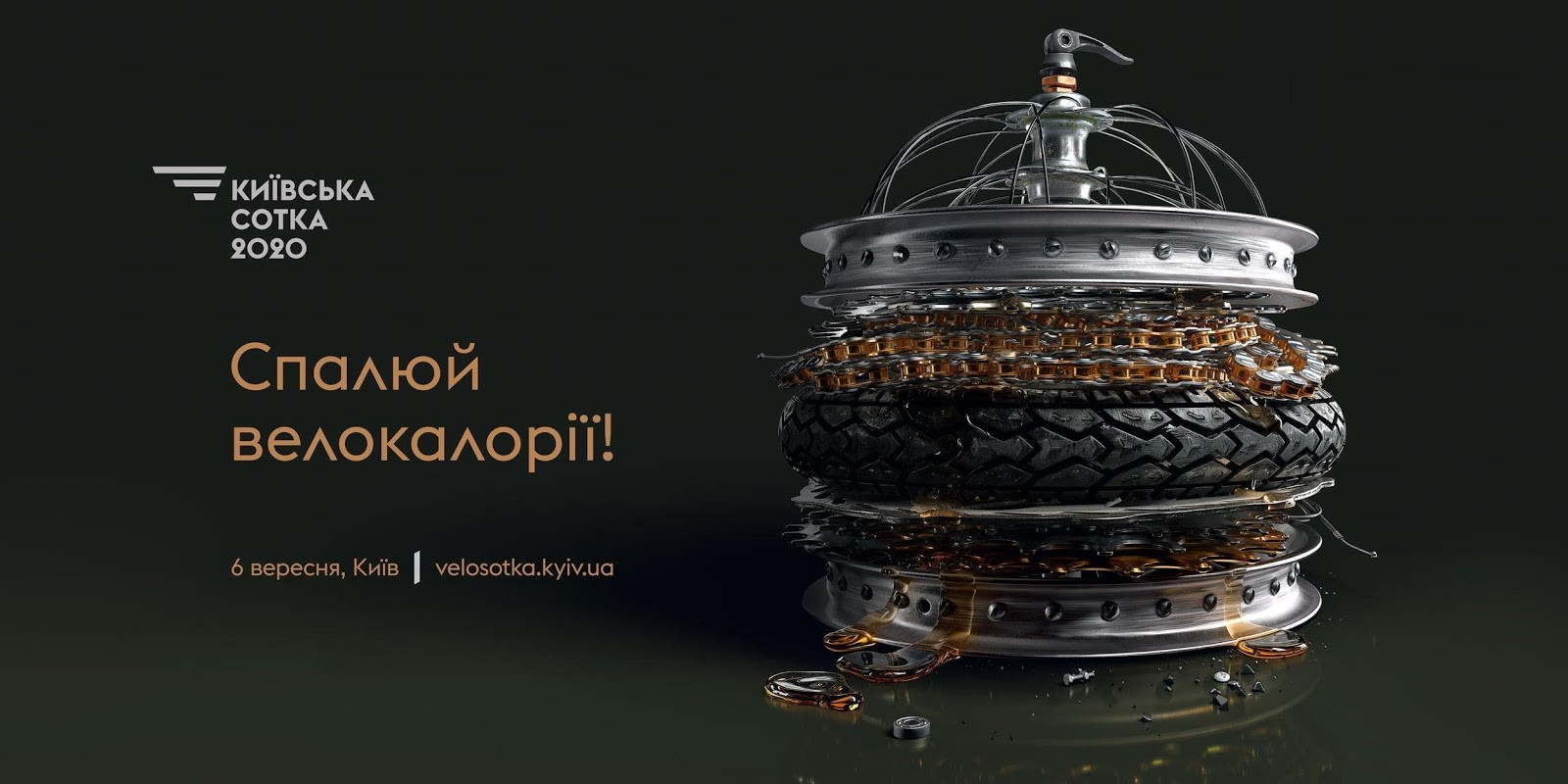 «Brand, why have you disappeared when we were feeling bad?»:

how to build communication with clients during the crisis A new step in the development of modern retail